Board of Directors & Staff

PIE is extremely fortunate to have a wonderful team of board members, both currently on the board, and those who have served in the past. PIE’s board is made up year-round residents, seasonal residents, parents, community members and teachers. Board meetings are held bi-monthly with an annual meeting towards the end of the summer. 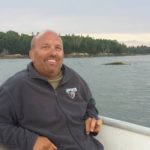 Robb was born and raised on Vinalhaven in a fishing family. He received his Bachelors of Science in International Affairs from UMaine in 1987, and soon thereafter, his teaching certificate. Since then, Robb has taught every grade between 3rd and 12th, both on and off island, with a brief foray into school administration. This is Robb’s first year teaching grade 3- 4-5 ELA and social studies at Vinalhaven School, definitely a new challenge. Besides the PIE board, Robb is active on Vinalhaven’s Planning Board, and PIE’s Vinalhaven School Enrichment Committee.

Robb’s son, Trey, is a civil engineer for the firm of Gorrill Palmer in South Portland, ME.  Lily, his daughter, is a sophomore studying finance at Washington College in Chestertown, MD.  Since March of 2020, she has been working remotely while home on the island. 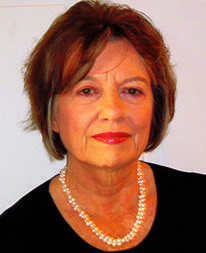 Abbie is a writer and public speaker. As a journalist with Time magazine, U.S. News & World Report and The Washington Post, Abbie’s work focused on science and medicine, and the impact of longevity on society and private lives, covering major stories from landings on the moon to the politics of health care. Her books include: My Time: Making the Most of the Bonus Decades after Fifty, As Time Goes By, and Crazy Time: Surviving Divorce and Building a New Life. Her newest book High Time, described as a love letter to family and Vinalhaven, will be published in January 2023.

A long-time supporter of PIE, Abbie has come to Vinalhaven School several times to lead a “Vinalhaven Press Corps” of student-journalists, who report the news of the island and explore the issues facing the community.

Abbie is a life-long “Vinalhavenite”, whose family just celebrated 100 years on the island. During the winter months, Abbie lives in Boston.

Pat first came to Vinalhaven in 2003, when she was hired as the middle school math teacher. She taught middle school math until 2010, when she moved to teaching 5th grade. Originally from Coal Creek Canyon, Colorado, Pat received her B.A. from the University of Colorado, Boulder in 1992, with a major in Environmental Biology and minor in Mathematics. 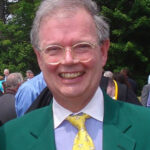 Paul was introduced to PIE by a long-time PIE supporter, and has become a valuable advisor, serving on the Finance committee and guiding us through the Vinalhaven College Scholarship Endowment Campaign. He joined the PIE board in 2020.

Paul has a passion for helping charitable causes and nonprofits succeed. After a successful career as a financial officer in commercial real estate, he began a private consulting practice focused on nonprofit management, including schools, colleges, museums, and historical organizations. He has served on a wide range of nonprofit boards, including Chair of the Board of Hebron Academy, where he led the search for a new head of school. Paul continues to work as a family trustee and advisor. In addition to the PIE Board, he is a Director and Treasurer of the Coastal Maine Botanical Gardens in Boothbay, and a Trustee of the Maine Children’s Home for Little Wanderers in Waterville. 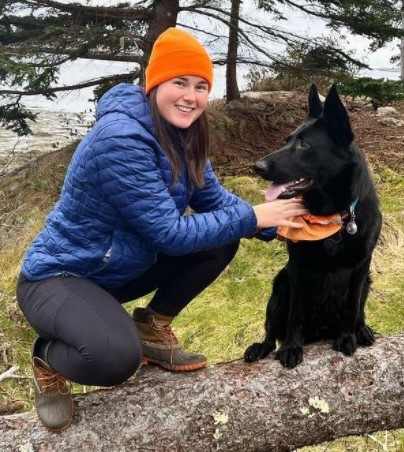 Janica first came to Vinalhaven in 2012 to visit her college roommate. This summer tradition continued every year and when she graduated in 2016, she and her partner (who was raised on Vinalhaven) became year-round residents. While living on Vinalhaven, Janica has served the community by working at the Vinalhaven School for 5 years.

You have probably also seen Janica working at Island Spirits, Dot & Millie’s, or walking her German Shepherd, Tyr, around town.

Francois Deschamps is a photographer and artist who first visited Vinalhaven in 1980. He was a Professor for 40 years in the Photography Program at the State University of New York at New Paltz and served as Chair of the Art Department. He has received grants from the National Endowment for the Arts, The New York Foundation for the Arts, and Fulbright Fellowships to Mali and The Czech Republic.

Francois has traveled extensively for photography and teaching, including extended trips to New Zealand and the South Pacific, West Africa, South America, the Caribbean, and Europe. Since 2017, he has been a mentor with the Newburgh Community Photography Project (NCPP), an inner-city photography program for disadvantaged youth. Francois spends summers on Vinalhaven with his wife, Judith, an artist and educator, and winters in New Paltz, New York.

His work can be seen at New Era Gallery and online at francoisdeschamps.net. 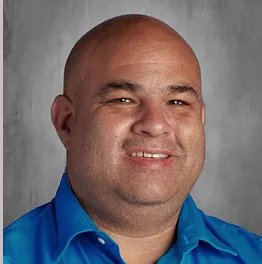 Dan Ganoza grew up in San Antonio, Texas, and received his undergraduate degree from the United States Air Force Academy in Colorado Springs.  He served 22 years in the Air Force flying both the KC-135 (air refueler) and C-130 (tactical airlift/airdrop) aircraft.

He was fortunate to have worked and lived in Europe, Asia, Africa, and South America.  He has a Master’s degree in business from the University of Arkansas and a Master’s in education from Regis University. 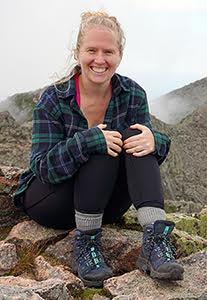 Inspired by childhood trips to tide pools in Massachusetts, Danielle decided early on to pursue a career in the marine sciences. She earned a BS in Biology and Marine Science from The College of William and Mary, then went on to earn an MS in Science Journalism from Stony Brook University. She has conducted field research in places like Vancouver, Plum Island, Chesapeake Bay, and Antarctica. She is currently the science writer and producer for the Smithsonian National Museum of Natural History’s ocean education website where she writes about the ocean for a middle to high school audience.

She also has an extensive background in classical ballet and modern dance, including soloist roles in the Nutcracker, participation in the Paul Taylor Dance Company, and time with the Leah Glenn Dance Theater . Dani attributes much of her success to learning opportunities she had as a child and hopes to inspire the next generation to achieve their dreams. 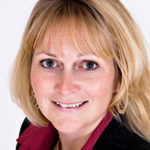 Amy’s connection to Vinalhaven started generations ago, dating back to a number of the original settlers. After careers off-island working at a law office or as a licensed insurance agent, Amy wanted a less confining and more diverse life, so she returned to Vinalhaven with her husband and son to help manage and restore an old island inn originally built by one of her ancestors.

She is also the Theater Manager for Smith Hokanson Memorial Hall here at Vinalhaven Community School.  Her most important job, however, has been raising four daughters, trying to keep up with her now college age son Keaton (VH Class of 2019), and spending as much time as possible with her six grandchildren.

While summers are busy welcoming Inn guests, hosting talented artists, speakers and musicians from around the world, long winters are for set design, scene painting and countless hours in the booth.   While not in the booth you will find her pursuing her passion as a genetic genealogist helping reunite individuals and families with their biological past. 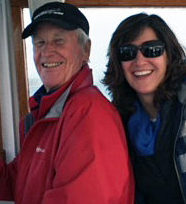 Sandy has been a summer resident of the Fox Islands since 1936, arriving for the first time at the age of two months. He has been a Women’s Health Care provider and medical administrator in Connecticut, the Caribbean and Africa, with early medical training and provision of care on Vinalhaven.

Sandy has had a lifelong engagement with community agencies and resources to improve educational, cultural, and medical access and services in Connecticut, Maine and overseas.

On Vinalhaven, Sandy served for many years on the board of Island Community Medical Services, and has been a driving force in PIE’s college scholarship program since its inception in 2006. 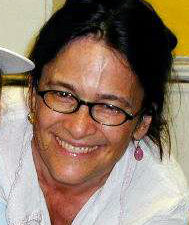 Drew is a teacher and artist based in Brooklyn, New York, where she is a long time master teacher at  Saint Ann’s School. She has spent the last twenty summers on Vinalhaven, painting, making other art, and spending time with her husband and three children.

Drew grew up in Chicago and is a graduate of Stanford University. She is a former governor of the Brooklyn Heights Association and currently serves on the boards of the Brooklyn Kindergarten Society and the Island Institute, in Rockland, Maine. 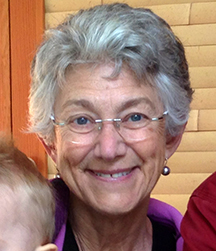 Kelly was an elementary teacher for over 40 years, primarily at The Paideia School in Atlanta, GA. Since 2010 she has taught mindfulness to children and adults and recently helped to create a K-12 curriculum called SEE (Social Emotional and Ethical) Learning that is currently being introduced to schools around the world.

After 30 deeply satisfying family summers here, Kelly and her husband, Peter (also a teacher), made VH their permanent home in 2014. They love the opportunity to give back to this small community that has meant so much to them, especially by volunteering in the school.

Kelly appreciates the way PIE extends each child’s educational reach, by offering interesting new things to learn about during, after and outside of school. She serves on the VH School Enrichment and Programs committees. 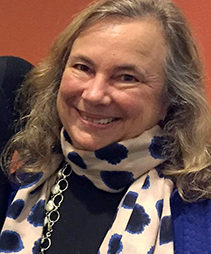 Alex is a Professor of Comparative Literature at the University of Texas at Austin, where she is also the Director of the Plan II Honors Program. Alex and her husband Art have been coming to Vinalhaven for more than 30 years, and her children have spent every summer of their lives on the island.

Alex joined the PIE Board in 2015, and has enjoyed working on PIE’s Scholarship Committee with its range of scholarships to support student travel and education.

Alex and both of her children loved participating in Experiment in International Living (EIL) summer programs, and she is very excited about the PIE/EIL partnership that provides an annual scholarship for a Vinalhaven student to do the same. 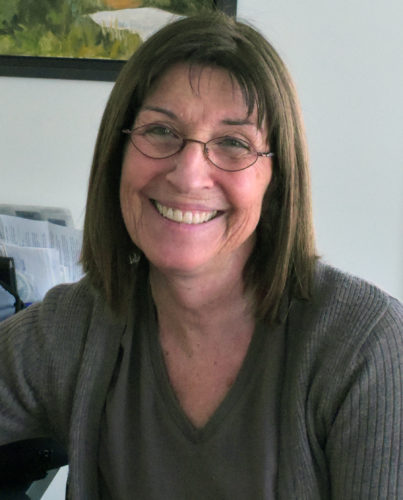 Alice first came to Vinalhaven to visit her family, and stayed to marry fisherman Steve Rosen. Together they raised two children, who both attended Vinalhaven School and went on to graduate from Maine colleges.

Alice has a BA in Visual Arts and a MAEd in Arts Education. She is passionate about the importance of education, and the key role the arts play in learning and creativity. While her children were in school, she headed up the Vinalhaven School Enrichment program and was instrumental in establishing the school’s art program. She also taught art and photography at North Haven Community School for 20 years before retiring to become ED for PIE in 2015.

Alice feels that being PIE’s ED is an ideal way for her to continue using her skills to make a difference in her community – even though she is (supposedly) retired! 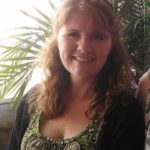 Julie Peterson is a Vinalhaven native and year-round resident. After moving off the island and working for Crowe Rope Company for 5 years, she returned to Vinalhaven to raise her children. Julie has 3 daughters who keep her on her toes – 2 who have graduated both from Vinalhaven School and UMO and one who is currently in second grade! Besides her girls, reading, crafting and traveling add pleasure to her life.

With an associate degree in Accounting, Julie has been working for Partners in Island Education since 2002. Along with PIE, she also keeps books for Andrews Plumbing & Heating, the Union Church and several island lobstermen. Julie has also enjoyed serving on several community committees over the years, including the Vinalhaven School Board and the Vinalhaven 4th of July Committee.