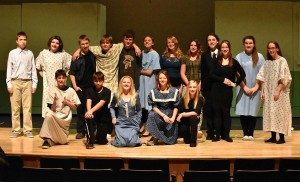 Smith Hokanson Memorial Hall is a beautiful, state-of-the-art theater facility built in 2001-02 for the new Vinalhaven School with private funds raised by PIE. We recognized that the design for a “cafetorium” offered in the State’s funding package was woefully inadequate for the Vinalhaven community, which had no space except the school gym big enough for a large number of people to attend theatrical and musical productions, town meetings, all-school programs and community events.

Our beautiful new theater has a grand proscenium stage, comfortable seating for more than 350 people, excellent acoustics, a mezzanine balcony for costume and set storage, and a light and sound control booth. The stage has its own cyclorama, allowing for special lighting effects and making possible LCD projection of movies and other media.

In 2004, PIE initiated a Drama Program for the School, and funded the first Performing Arts teacher. In 2005, PIE hired the first theater manager. Over an agreed-upon period (eight years), the Vinalhaven School gradually assumed responsibility for both of these positions, which continue today. 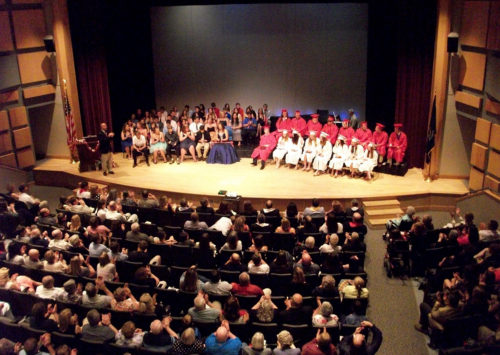 The Smith Hokanson Memorial Hall is filled with school and community activities all year long. It is used for plays, musical and dance performances, concerts, school assemblies, graduations, presentations, town meetings, theater classes, summer theater camps, and more. PIE is very proud of the role we have played in making this possible.

Who Are Smith and Hokanson? 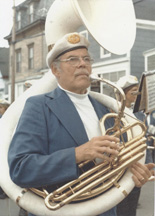 Kilton Vinal Smith (1909-1987) was born in Vinalhaven, and followed in his mother’s footsteps, becoming a musician. Albra Vinal Smith was a graduate of the New England Conservatory of Music and taught music in the Vinalhaven schools. She also led local orchestras and dance bands. Kilton graduated from Vinalhaven High School in 1927, attended New England Conservatory, and in 1933 joined the Boston Symphony Orchestra (BSO) as a trombonist, and later, the BSO’s tuba player.

Leonard Hokanson was born on Vinalhaven in 1931. He moved with his family to Worcester at the age of 11, but returned frequently to Vinalhaven, where his grandparents and other  relatives lived. Leonard’s musical talent became evident when he was just a toddler. His mother turned to her Vinalhaven schoolmate, Kilton Smith, for advice. Upon his recommendation, she purchased an accordion and taught Leonard how to play. By the time Leonard was 5 years old, he was playing for Swedish dances on the island. Kilton became a mentor for the young Leonard Hokanson and a lifetime friend (as well as best man at Leonard’s wedding). 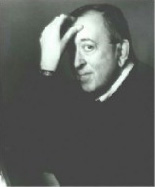 Leonard Hokanson had a long, illustrious career in music. He was internationally recognized as a recitalist, soloist, and chamber musician, a professor of piano at the School of Music at Indiana University in Bloomington, and a permanent guest professor at the Tokyo College of Music. He was a founding member of the Odeon Trio and resident pianist for Bay Chamber Concerts in Rockport, Maine. Throughout his life and career as a concert pianist, Leonard returned to Vinalhaven when time allowed and always felt that his roots were on the island. He was generous with his performances, both for Fox Islands Concerts (of which he was Artistic Director) and for various benefit concerts for island needs.